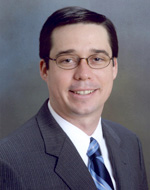 As a recognized expert in financial planning, Jeffrey Zures has been interviewed for such publications as The Wall Street Journal, Bloomberg News, Morningstar and other national publications. Before founding Sanchez & Zures, Jeffrey represented various financial institutions including Merrill Lynch and Alliance Capital.  He contributed to the financial planning, portfolio management and tax departments at Sullivan, Bruyette, Speros and Blayney, Inc., a division of The Bank of Montreal.  Jeffrey helped set the investment philosophy and discipline for assets valued over one billion dollars.

Jeffrey is a member of the National Association of Personal Financial Advisors (NAPFA).  He enjoys flying general aviation aircraft out of the Leesburg Airport in Virginia.

Jeffrey can be contacted at: Jeff.Zures@SZadvisors.com 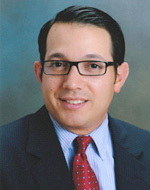 Paul’s professional career began in 1995 when he gained extensive banking and financial services experience while working for City Bank of Lubbock.  In 1997 Sullivan, Bruyette, Speros & Blayney, Inc. (SBSB) hired Paul into their financial planning department as an Associate Planner.  He was promoted into the firm’s portfolio management department and held various positions including head equity and fixed income trader, database manager, and research analyst.  He was also a member of SBSB’s investment committee which developed asset allocation models and implemented stock and mutual fund recommendations for client portfolios.  Paul’s continued success led him to the role of relationship manager where he serviced a client base of $75 million and became a Portfolio Advisor of the firm.

Paul can be contacted at: Paul.Sanchez@SZadvisors.com